On the 8th anniversary of the Australian Parliament legislating mandatory offshore detention for people seeking asylum arriving by boat after 19 July 2013 and barring them from ever settling in Australia, Fr Giorgio Lincini (General Secretary of the Catholic Bishops Conference of Papua New Guinea and the Solomon Islands) has called on the Australian Government give those who have been detained in Manus and Nauru since then their freedom and a home in Australia.

Please see his letter in full below. 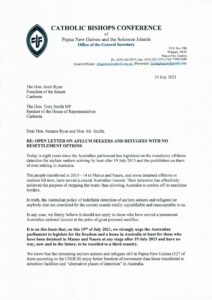 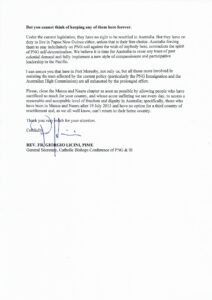